When global steel giant ArcelorMittal acquired India’s Essar Steel out of bankruptcy in December, buyers of distressed assets around the globe took notice — and not just because lenders recouped the largest debt repayment in the country’s history. For buyers, the deal also signaled a potential break in India’s distressed asset dealmaking logjam heading into 2020. After India’s new government established the Insolvency and Bankruptcy Code (IBC) in 2016, it quickly became the most popular avenue for creditors to seek relief from companies in default on their debt. After all, prior to the enactment of the IBC, India’s lack of legal remedies made it all but impossible for lenders to put a company into bankruptcy. “The IBC made it easier for lenders to force a sale to recover assets,” says Vikas Dawra, joint managing director and CEO of YES Securities, an Oaklins member firm in India.

These are good companies with good business models. The more comfortable financial sponsors get with recapitalizing and turning around business in India, the more we will see large funds bidding on their own VIKAS DAWRA MANAGING DIRECTOR OAKLINS, MUMBAI, INDIA

The seeds leading to the IBC’s creation were planted a decade ago, when corporations poured hundreds of millions of dollars into telecom, utilities and manufacturing operations to service and connect India’s growing population. But after alleged corruption in the awarding of spectrum and licenses rocked those industries, the corporations were left holding worthless assets. Moreover, they had taken on a lot of debt to acquire those assets. The creation of the IBC provided a way for creditors to recoup money on bad debt. It also created a lot of opportunities for deals, particularly for buyers of distressed assets. “In the last few years, a lot of companies have been sold through the IBC,” says Dawra.

But both deal value and deal volume slowed considerably last year, in part because there are just too many cases for the court to handle. Since its enactment, more than 12,000 companies have petitioned for bankruptcy, with nearly 1,900 applications granted between 2017 and 2019. The sheer amount of potential deals on the horizon is one reason why major financial buyers — among them Abu Dhabi’s ADIA, Apollo Global, Bain Capital, Blackstone, Cerberus Capital, KKR, Oaktree — have set up their own offices in India or entered into partnerships or joint ventures with local firms. Hong Kong’s SSG Capital bought a stake in Bhushan Steel, for instance. Other examples of recent deals include Oaktree and Edelweiss ARC partnering to acquire GTL Infrastructure, and AION Capital Partners — a joint venture between Apollo Global Management and ICICI Venture — winning the bid for Monnet Ispat & Energy.

Dawra says the partnership model is attractive for firms on both sides. For firms outside the country, having a local partner provides an on-theground presence to help shepherd the investment. For Indian firms, a partnership gives them access to additional funding at a time when bank loans are hard to come by. If the Essar Steel deal does indeed break the logjam, Dawra says financial buyers are well positioned into 2020 and beyond because many of the strategic buyers in India are sidelined with highly leveraged balance sheets and not enough free cash flow to finance deals. 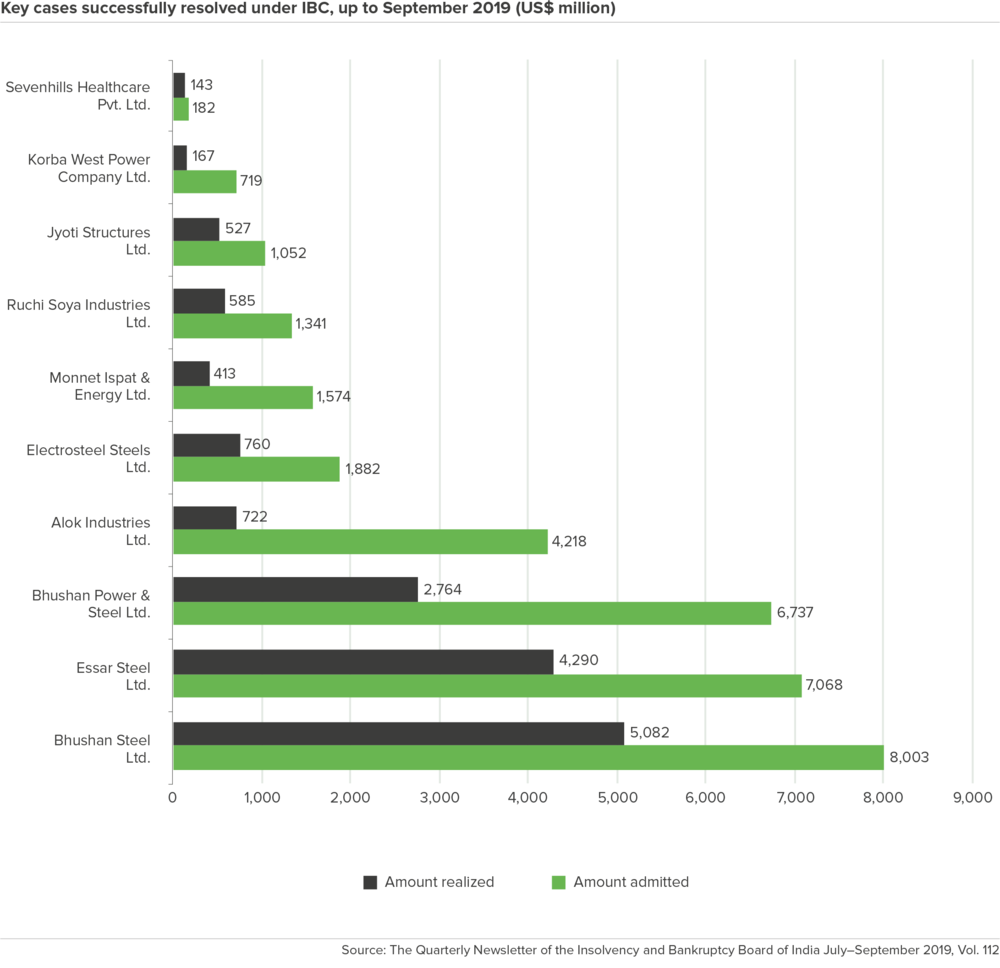 Author of this publication

Get our newsletter for the latest business insights.

Are we, as the latest issue of Business Week contends, living in private equity’s world? That is certainly the case in the marketing data and insig...

Through a highly competitive process, Keensight Capital, one of Europe’s leading growth buy-out firms, has become the majority shareholder of Sogel...

Oaklins supports investor Mentha Capital in its announced acquisition of a majority stake in BlijWerkt and paraDIGMA group. The new business combin...